Australia – part I – The Outback experience and the Wild West…

We decided to start our australian adventure from the Outback, to see the most known australian ikons : Uluru – Ayers Rock, and the less known but also beautiful Kata Tjuta Park and Kings Canyon. Most of the travelers land in Sydney to continue their trip for Great Barrier Reef and see the East Coast. For us the Outback and the Red Centre was the real Australia: camping on the bushes, see milion of stars on the clear desert sky. Outback was amazing, more than 5500 km by train on the way Darwin- Alice Springs-Adelaide-Perth. Additionaly «the best piece of the cake» was 1500 km by car over the desert in the middle of Australia.

But let’s start from begining…..

Darwin railway station „in the middle of nowhere”

We get to station by taxi directly from the airport. We take this train calles «The Ghan» and arrive to legendary city of Alice Springs. We spend one week in the Outback, watching amazing stars, sunsets, learning about aborigens culture. We cook on BBQ the local speciality – Kangaroo meet for the first time. 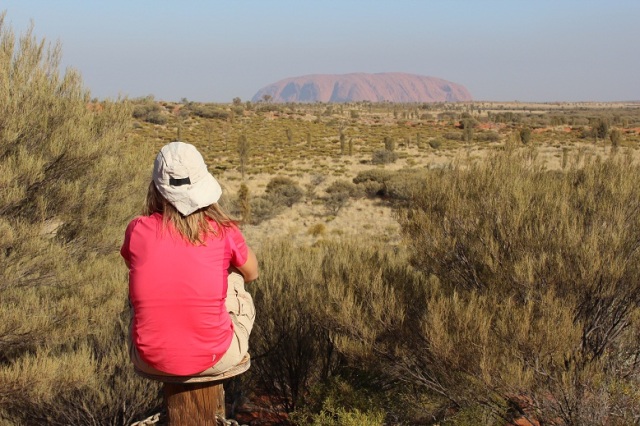 Going to Outback and watching the stars and sunset on the Uluru with the bottle of wine- this is what we can reccomend for sure….

The begining of our 3rd wedding anniversary celebration 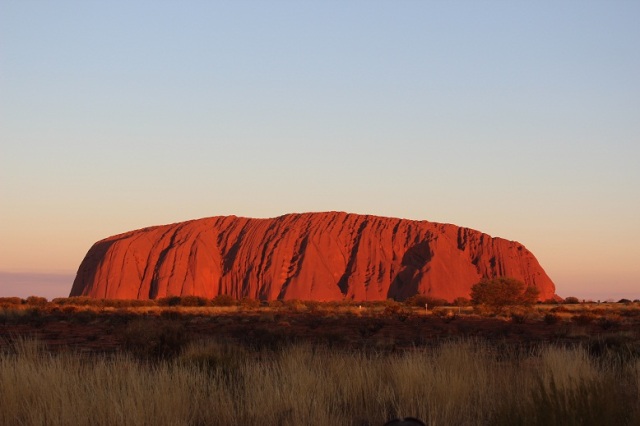 The Rock change colours during the sunset

On the Kings Canyon we celebrate our 3rd wedding anniversary and start a new tradition. We decide to try spending our anniversery every year in some special place. The first anniversary we were sailing in Croatia. The second one we spent in Rome. 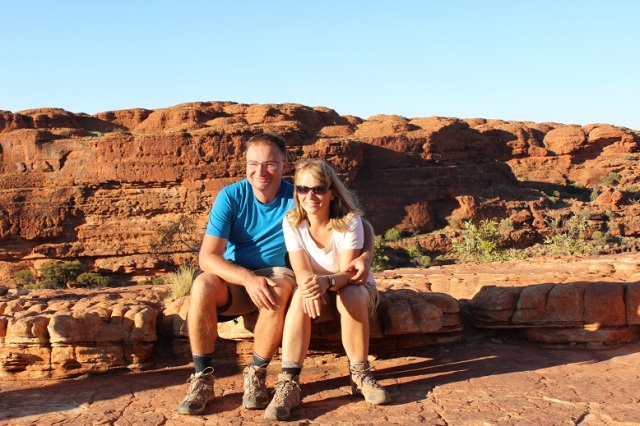 After one week in the Outback we take the Ghan train again and travel to Adelaide. When we arrive we enjoy green colours… after many days on the desert. We bike around and see the Australian South Coast for the first time :). We did not have time in Darwin to see the north coast, because we had to catched the train on the first day we arrived. So finally we can watch the South Ocean, but the water is too cold to swim – it is just beggining of the spring. 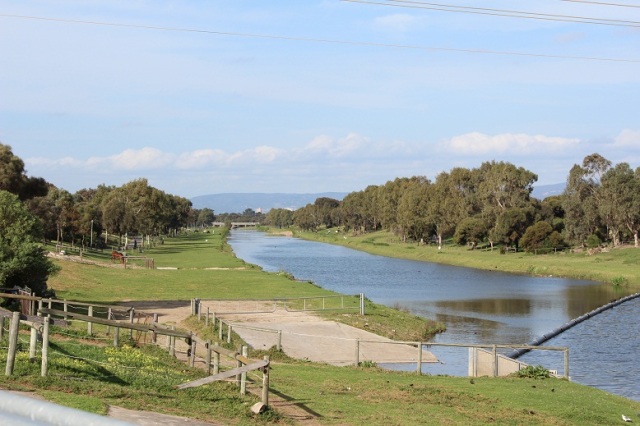 After some days in Adelaide we are ready for the next adventure. We take the famous «Indian-Pacific» train to Perth to visit the Wild West of Australia. Only 10% of population leaves in the West. During 2 days trip we had only two stops: Cook station where leaves only two people and Kalgoorlie, the gold mining city. The town is mainly inhabitat by men, who work in mines. The Exception is the bar’s staff. They are only girls, who serve drinks and beer and wear … only the underwear. 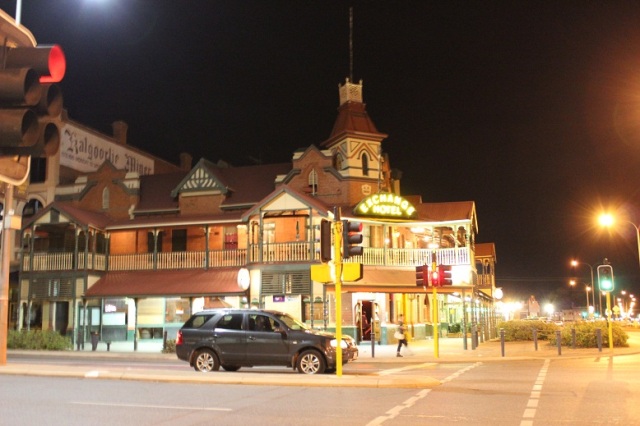 It is really unforgettable experience to cross Australia by train, and see how much wild it is. We passe the longest straight railway route by train – 477 km without turning.

The lorry in the Outback

We read the guide in the train and think what we can do in Perth. First we decide to take a ferry to the Rottnest Island. It is very beautiful island and you can feel there that you are out for milion of miles from metropolies, we camp again, and try to discover many of 60 beaches of this island. Cars are forbiden on this island, what makes it quite special.

On the one of the 60 beaches on the Rottnest Island 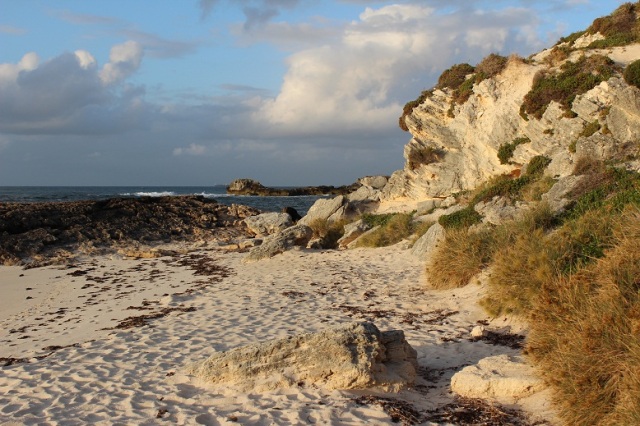 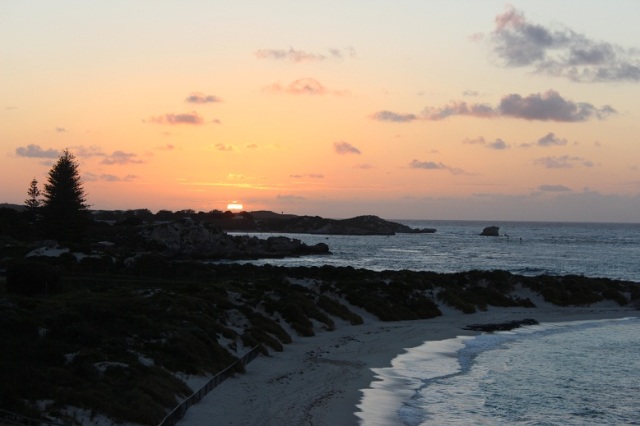 Great view at the end of the day

After three days on the island the weather change very quickly, turn from sun to windy and raining conditions. For the first time in our life the owner of the camp do not allowe us to sleep in tent any more. We are forced to take very expensive cabin. They do not understand that for us after Iceland and Norway the rain is not a problem, and if you have a good tent it is quite safe to camp. It is also quite strange since the weather is good enough for ferry this evening. We spend one nignt in cabin and observe the weather. It is quite good, just a little bit windy and rainy. Next day we leave to Perth and spend two days visiting the old friend from our work in Norway. The World seems to be very small…

Perth downtown, the most isolated city in the world

Meeting with  friend from our work in Norway, thanks for help 🙂

Now we are on the train to Sydney… enjoy the watching landkapes and relax :). We do not need to hurry.We have long trip ahead – 4300 km and 72 hours by train…